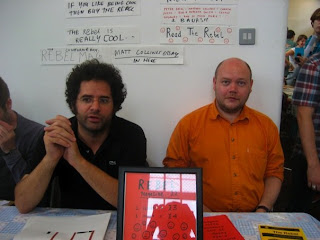 Joffe et Pye features new paintings inspired by French painters, friendship, and family.
The show takes place in Jasper's Shoreditch home in the spirit of a salon gathering. Jasper Joffe and Harry Pye are both London art mavens. They worked together on The Free Art Fair, The Rebel Magazine, and Jasper & Harry’s Tate Modern. 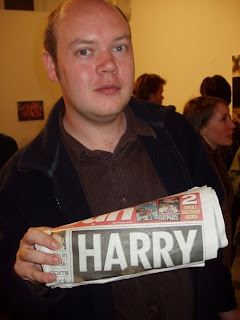 Joffe on Pye:
“I met Harry in 2000. I saw a show he’d curated called It May Be Rubbish But It’s British Rubbish. We had a lot in common, organising our own shows and being independent to a fault. I’d known his more sensible sister at The Ruskin. Harry and I are both irritating younger brothers but he is less abrasive than I am, with a softer sense of humour. He writes fanzine articles about bands that I have never heard of, but who are apparently famous or important.
I like the way Harry paints: good colours and shapes and stories which touch me. And he also writes in an open and funny way.  He can really make me laugh. Harry’s got his quirks of course, he doesn’t eat fish or rice pudding and only drinks Australian beer at openings, but he’s not fussy about who he hangs out with. If our show goes well I will get him a swimming pool membership or a trip to Paris.” 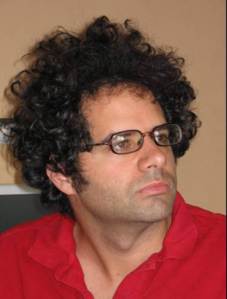 Pye on Joffe:
“I met Jasper in 2000. I saw a show he’d curated called The Bold and The Beautiful. He struck me as being a mischievous young man with a lot of drive and energy but it was clear he had a sensitive side too. Jasper made a painting entitled Shit Funeral which I included in Viva Pablo a show of Picasso based works that I put together at The Bart Wells Institute. I also enlisted his help in selecting 100 artists to do a painting of their mum for the show 100 Mothers. Jasper is a loyal friend to many people and he encourages people to follow their dreams. Jasper doesn't care much for music. I've known people who like classical music but have no interest in reggae or rock but Jasper is the only person I've met who seems to have no real genuine love of any music genre. But last night his daughter was giggling at some cartoons on TV and he said the sound of her laughter was one of the beautiful sounds in the world.
Like everyone else I thought Jasper’s celebrated painting of Himmler was very good but I feel the best is yet to come. If this show is a hit and I make a little cash out of it I think I’ll just take Jasper out for a nice meal. Maybe we could go Italian?"
out for a nice meal. Maybe we could go Italian?”
Notes For Editors
Harry Pye is 36, 6ft tall with blue eyes. Trendy art magazine Frieze called him “a kind of stand-up conceptualist gadfly” and a likely future Turner Prize nominee. Gilbert & George once described Harry in the Daily Mirror as being “a winner”. Bob & Roberta Smith said that Harry Pye was “A force for good.” The Guardian called Pye “the saviour of British art.” 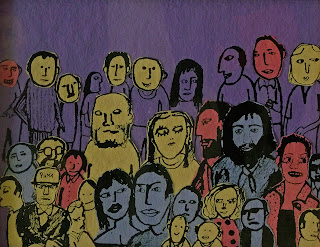 Jasper Joffe is 35, 6ft tall with brown eyes. He was controversially banned from taking part in last year’s stupid Frieze art fair. He once painted 24 paintings in 24 hours and sold all his possessions in “The Sale of a Lifetime”. Charles Saatchi told the Sunday Times that “when Joffe hits it right he’s really pretty good”. Vogue called Joffe  "London’s premier artist/curator". Jasper is also a novelist and the founder of worldwidereview.com. 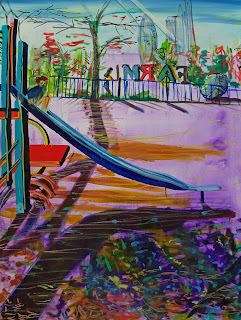 E: jasperjoffe@hotmail.com
Posted by Joffe et Pye at 01:44 No comments:

People of Estonia please note: Issue 14 of the timeless newspaper EPIFANIO is out now! 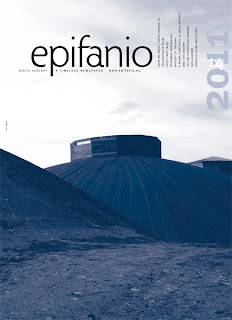 Read the feature here:
http://www.epifanio.eu/nr14/eng/harry_pye.html
Posted by Joffe et Pye at 13:18 No comments:

Jotta review of Mark's talk by James Cahill of JOTTA

Unit 24 gallery, based in a functioning drycleaners behind Tate Modern, has recently emerged as an offbeat, project-based alternative to its grander neighbour. Last month the gallery played host to a packed-out lecture by video artist Mark Leckey in which he mused, in signature freeform style, on the notion of ‘touch’ in film and painting.

In a provocative but entertainingly broad discourse, Leckey (who won the 2008 Turner Prize for an elaborate exploration on the nature of film in popular culture) questioned the relevance and functions of painting in comparison with video art. He described how his own hands have become defunct, and suggested that his manual dexterity has been supplanted by video’s ability to apprehend things almost physically. Video, he claimed, has become comparable to painting as a “medium of touch, gesture and sensation”.

Leckey argued that painting, by contrast, is limited by what it can’t do – by not being part of the virtual or “immaterial” world that we inhabit. He moreover criticised the perversity of painting as something inherently “existential” and inward-looking, “about itself, its own traditions and histories” – drawing a hilarious parallel with Jazz music or a fringe society like the Campaign for Real Ale. In Leckey’s view, we are moving as a society towards aggregate efforts and endeavours, in the context of which painting is hopelessly individual.

Leckey’s politically-couched claims tapped into a well-worn antipathy to painting that dates from the 1970s and which may be compared to the ubiquitous ‘death of the novel’ mantra. Self-reflexivity or what he called painting’s perverse “existentialism” occur as much in video art as in painting. These qualities can also surely be defined as virtues just as much as limitations.
Opportunely, at the time of the lecture Unit 24 was displaying a series of ‘paintings about painting’ – pastiches of famous works in the Tate made by Harry Pye and Jasper Joffe. Titled ‘Harry and Jasper’s Tate Modern’, the display was divided into a series of ‘rooms’ analogous to Tate Modern’s themed zones. The pair’s doggerel versions of David Hockney, Lucien Freud, John Currin et alia on one level bore out Leckey’s claims about painting’s self-referentiality. But at the same time they attested the medium’s eloquence and expressiveness, amounting to witty and self-deprecating meditations on the ‘anxiety of influence’.

Leckey proceeded to consider the way in which “grasp” inheres in the very etymology of the word “digital”; he proposed that video serves as a means of “grok” – a term coined by Robert A. Heinlein in Stranger in a Strange Land to denote immersive recognition and apprehension. Leckey recently judged the annual New Contemporaries competition for art school graduates, and as illustrations of this concept of digital grok he played two finalists’ video works. The first, by French filmmaker Laure Provost, emphasised the “somatic or psychosomatic” effect of objects (for example, a damp sock) filmed intently in tight spaces. The second was clip from Ed Atkins’s (another winner) more psychedelic video The Scent, which fixed meditatively on a Thai Durian fruit.

The talk ended on a characteristically tangential note, with a preview of a new video inspired by the invention of ‘intelligent’ fridges which monitor their own contents. Hovering in front of a green screen, a fridge spoke to itself in an electronically warped voice. Comparing itself frenetically with other appliances in a way that strangely echoed and encapsulated Leckey’s meandering, comparative approach both as a lecturer and as an artist.
Posted by Joffe et Pye at 13:14 No comments: